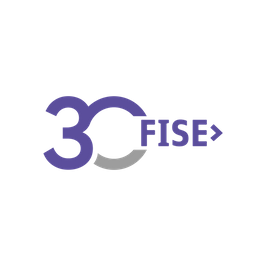 English? We’ve got you covered!

The Foundation for Social and Economic Initiatives (FISE) is an independent non-profit organisation. It was created in 1990 by people who were affiliated with the democratic opposition in the times of communist Poland. For many years, the Foundation Board was chaired by Henryk Wujec (democratic opposition activist, Polish MP), who remains a member of the organisation until today.

The members of the Foundation’s Board included, among other prominent social figures, Jacek Kuroń (1934-2004, twice a Minister of Labour and Social Policy) and Michał Boni (expert of the Center for Social and Economic Research). The organisation’s headquarters are in Warsaw.

The organisation’s mission is a systemic approach and acting to increase employment, especially among the professionally inactive groups.

The Foundation’s activities concentrate on questions of unemployment, labour market and employment. Until now we have realised over 150 projects, trained almost 8 thousand employees of public and private labour market institutions and published several tens of publications on labour market issues.

We are continuously looking for new tools of vocational development. Since 2005, we have been animating discussions among NGOs and public administration about the development of the social economy sector in Poland. We organise debates, fairs, conferences, trainings related to social economy, and have published several tens of publications on this topic. We also manage the biggest Polish internet portal on social economy, www.ekonomiaspoleczna.pl, and we are a member the Standing Conference on the Social Economy (SKES).

We also carry out our statutory goals through economic activity, conducted by a separate organizational unit of FISE – the School of Entrepreneurship (Szkoła Przedsiębiorczości). Founded in the year 1994, so far it has trained over 6 thousand people searching for employment and over 8 thousand specialists in labour market, social assistance, NGOs and public administration.

Strategies developed at FISE create a framework for activities aiming at constant, steady growth in over a dozen Polish cities and communities. Their purpose is to define ways of responding to the most dire local needs, concentrating on solving problems using existing local resources.

During all of our activities, we respect the principles of partnership, maintain ethical standards, feel responsible for the quality and results of our work, and care for the environment.